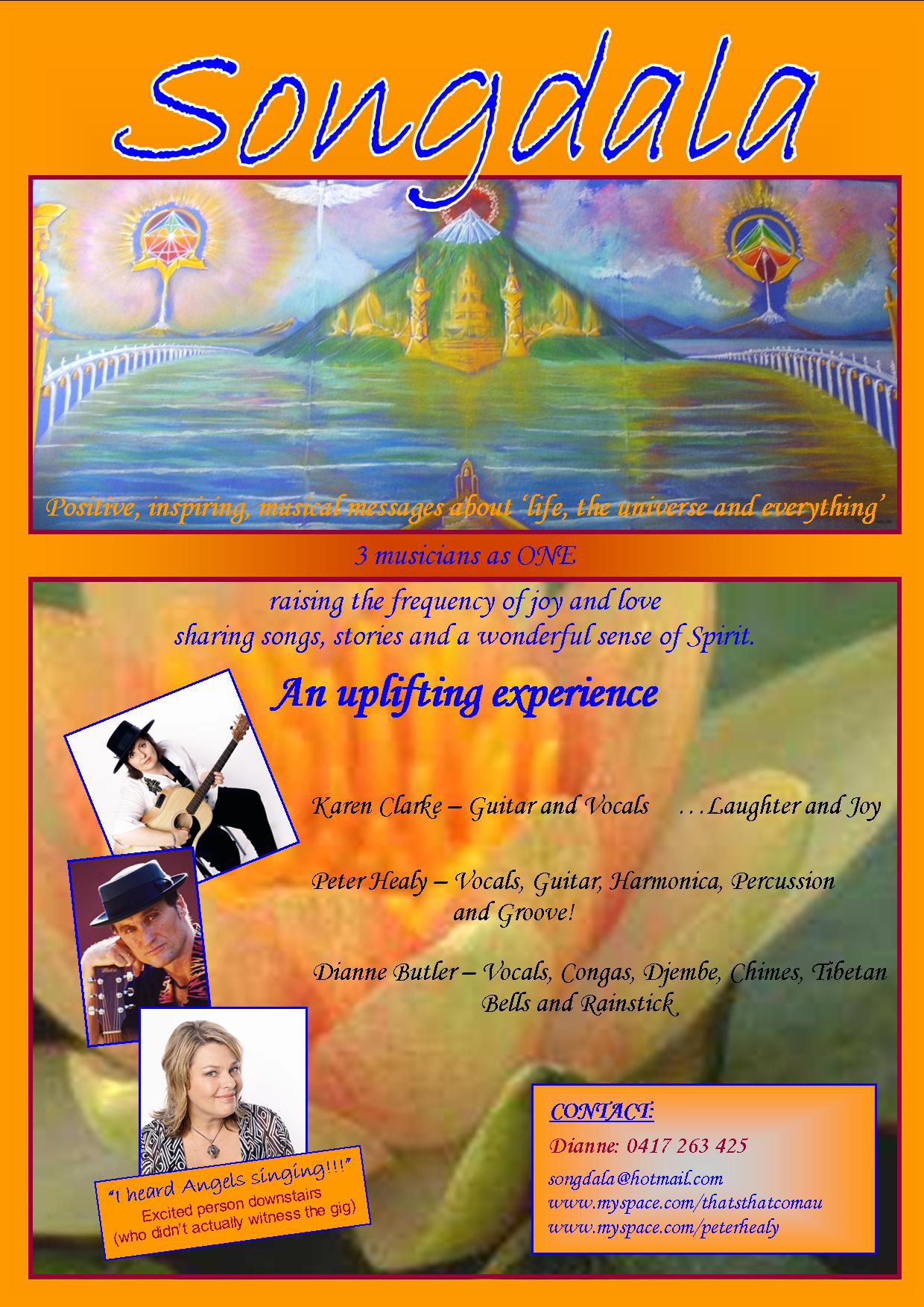 For me, this musical journey began with a house - not any ordinary house but a house where magical musical took place.

Kez came to visit me - it was her regular escape from the hustle bustle of Sydney. She decided we needed a reading from a clairvoyant's clairvoyant. Next minute we were off to see Katrice. We had to get moving immediately, but I was running around frantically collecting my tape recorder, video camera, dictaphone, back up batteries and tapes.

I walked into Katrice's home and immediately felt as if walking into a white cloud. We were there for about 4 hours. We each sat outside on the balcony whilst the other had their reading doing what all good friends do - eavesdropping!

Later we were telling my sceptical partner about the experience and played part of the tape on my dictaphone. The hairs on our backs went up as we heard what sounded like angel music. Well, you remember my frantic action, I had recorded on Video, cassette and dictaphone. So next thing we were at home testing everything and sure enough the sounds were there. You can hear what I call the angel music and the sounds of an Indian sitar throughout the readings at various important parts. Katrice later confirmed she worked with indian spirit guides and angels and that this had happened before. She had no technology capable of producing 4 hours of background music.

Katrice led me to Dianne who had just started a meditation group.

Dianne was keen to follow her dreams. I volunteered to take her across the desert in search of her "dream cave" and we ended up singing to the ley lines at Wilpena Pound.. Our chants were captured on a small hand held recorder and eventually found their way into our meditation CD - Crystal Priestess. That trip lead to the creation of the song writing team "That's That'.

On this wild journey across the desert we wrote our first song - "Get Over It". It upset many at the time so we don't play it anymore. We learned that in your face is not always well received.

Dianne organised our first recording session with Tim Schemack to record our first songs and our meditation CD which we never released as she was" over it" well before it was finished.

When I arrived at Tim's house I couldn't believe it. I shook my head, there was no doubt, it was the very house where Katrice had given the readings with angel and sitar music in the background. The songs and sounds that you will hear on our album These Shoes Grow Wings and on our Meditation CD - Crystal Priestess were all recorded in this house.

Since then we have moved on to create more and more songs and joined the folk music and art scene writing and performing songs for special events and taking positive messages to people.

Recently we collaborated with the wonderful Peter Healy to create the band Songdala. Here we combine harmonies and ancient healing instruments with modern tempos and etheral sounds. Earth Angels unite as the three combine to become one. Cheryl Lee Harvey joins the trio with her wonderful violin. Songdala can be booked for special events as a trio or four piece. The duo That's That continues to work as a duo performing and writing and conducting workshops.